We live close to the beach and thoroughly enjoy the creatures that live in the water. There also happens to be a research facility nearby that loves to educate children and adults alike about the wondrous world of sharks. It is fascinating to learn about them and the environment in which they live.

I can’t say that I would be terribly thrilled to come in contact with one while swimming in the water, but I can appreciate them from afar. I hope everyone had an opportunity to check out the Shark Cam on the Discovery Channel website. It was so fun to watch the sharks at the National Aquarium in Baltimore and to learn from the experts. I hope these cookies carry the fun over at least another day. 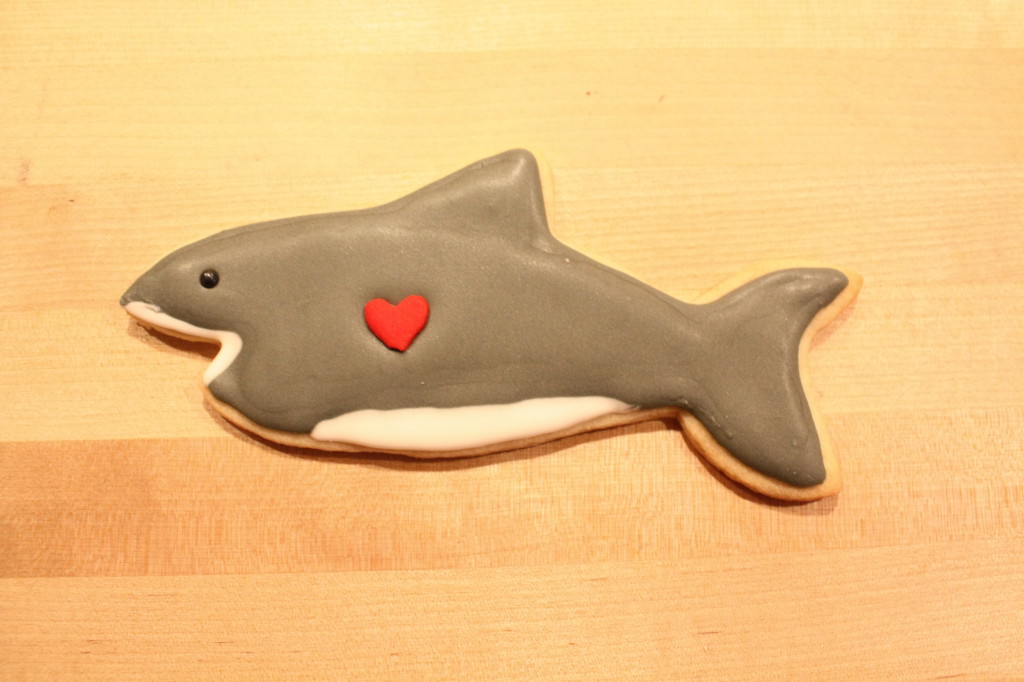 There are so many great shark cookie cutters, so of course I felt the need to show you a few different sharks made from a few different cutters. This shark cutter came from The Wilton Animal Pals container. The pack is such a deal because you get 50 different animals and all of them are adorable! 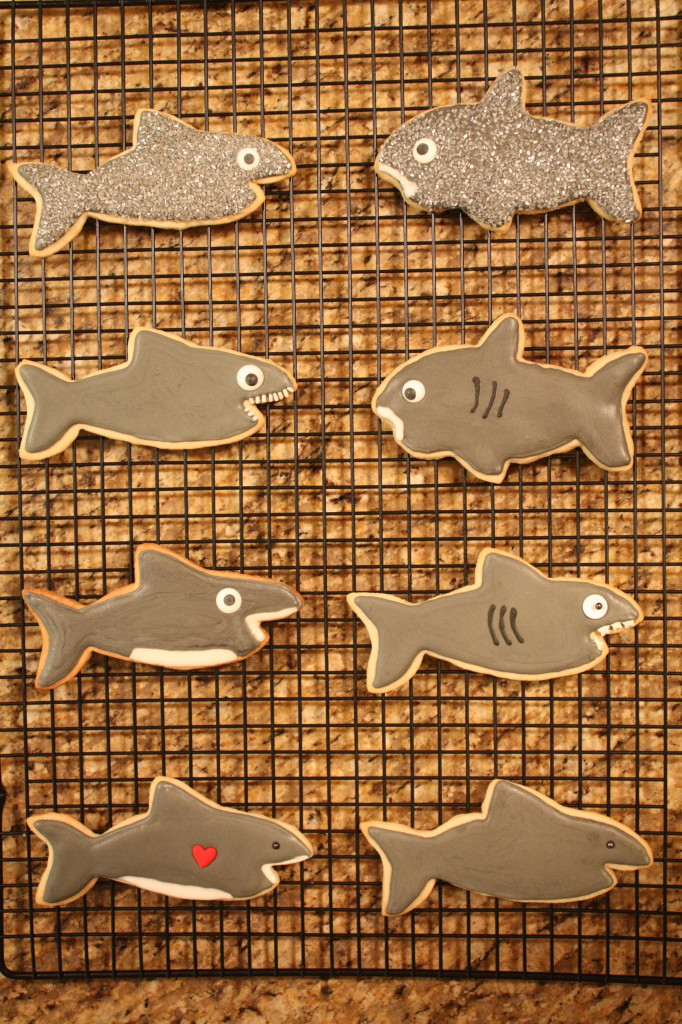 No two sharks are the same.

The chubbier sharks swimming in the opposite direction are from Copper Gifts.

Most of them were decorated with just the grey icing, however we added some silver sanding sugar to a couple. Adding sparkle to a cookie is always a good thing. You can add whatever details you want in order to give your shark the personality you want your shark to have. I particularly enjoyed the different teeth. We had the straight icing teeth and the white sprinkle teeth and most creative were the mini star teeth. Each one looks a little different and each one has its own personality.

This year I couldn’t leave out one of the most endearing characters of Shark Week. Can you guess who it is? 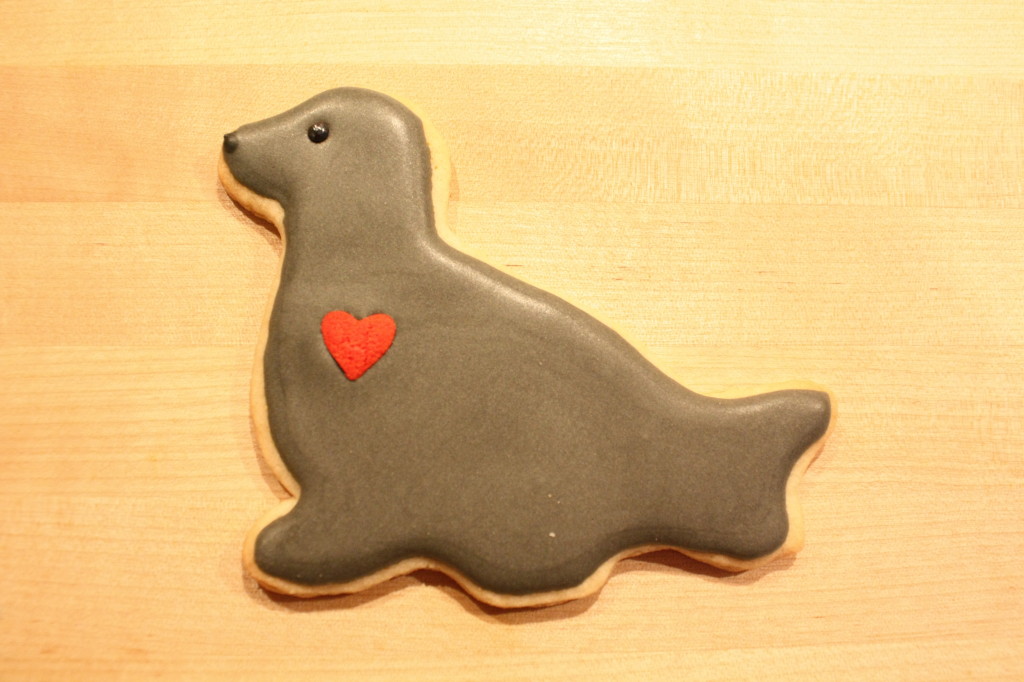 People who were not even following Shark Week still seemed to know who Snuffy was. I thought he was adorable and deserved a cookie all his own.

This was the the plain “I love Snuffy” cookie and this one had more of the true markings of Snuffy the Seal. 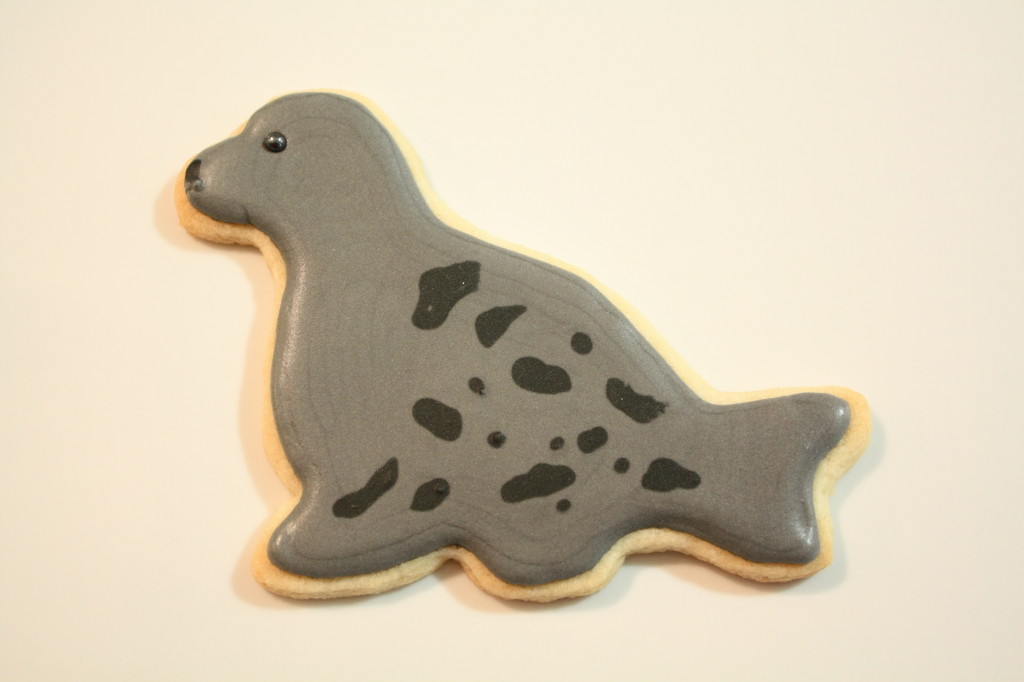 Put them both together and let them ride the wave.

What could be cuter? 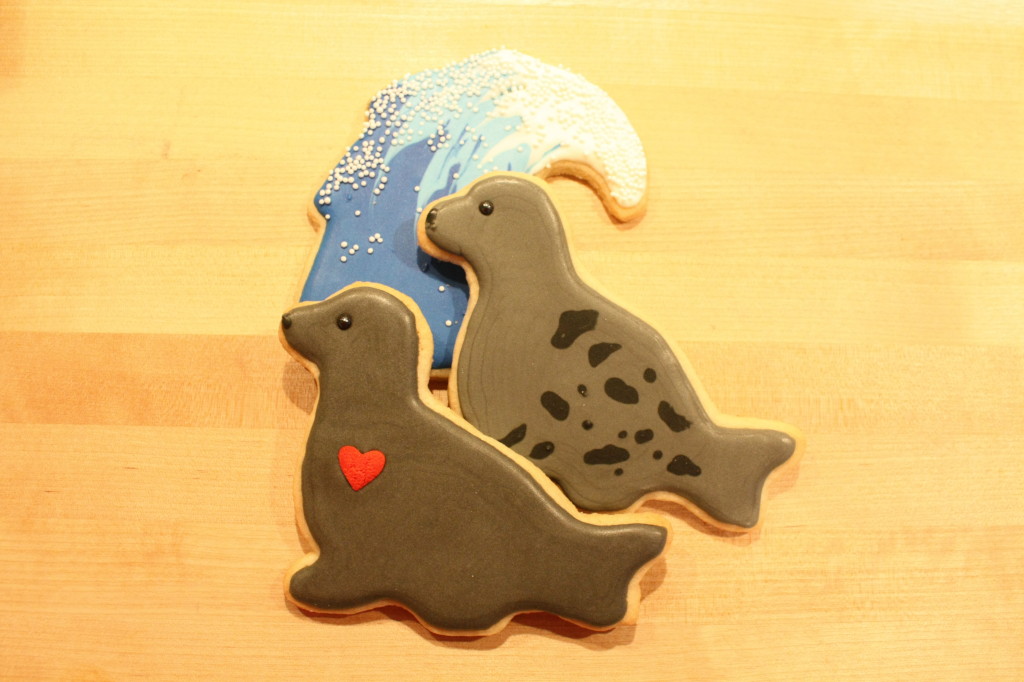 Both cookies are so cute and quite easy to create.

Usually you wouldn’t want to put a seal and a shark together, but in the world of cookies anything goes. 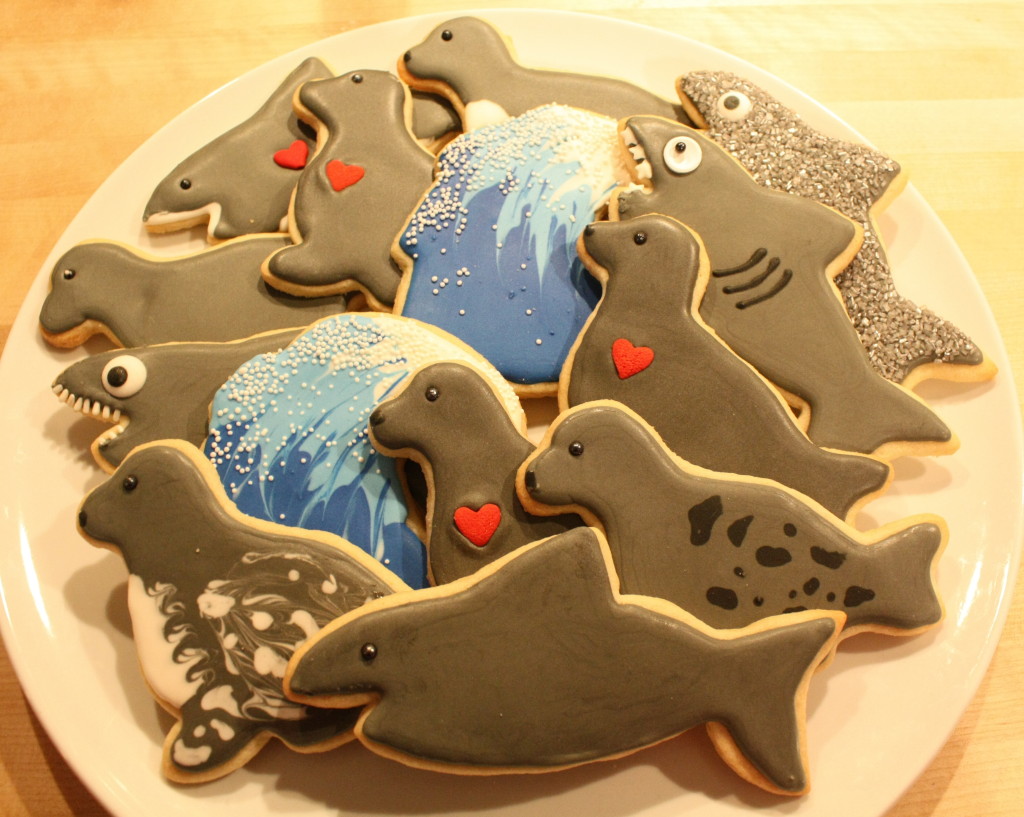 They all seem to be getting along just fine.

I am sad to say good-bye to Shark Week 2013, but I will look forward to more fun next year.

One more closer look at these Shark Week cookies.